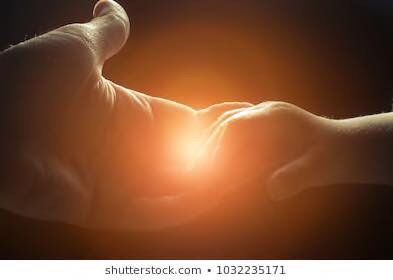 I wrote this devotional late last night. After I sent this to the admin of the group, the Holy Spirit got a hold of me! I was laughing, and felt so my joy! I pray it will be a blessing to you.

Hello brothers and sisters , it is an honor and a privilege to share this scripture verse with you today. Today’s Scripture verse is, “Have I not commanded you? Be strong and courageous. Do not be afraid; do not be discouraged, for the Lord your God will be with you wherever you go.” Joshua 1:9 NIV

The end of 2018 was a very unsettling and disappointing time for me and my husband. I was very sick from Christmas into New Year’s, and unfortunately, I had to

go to the doctors again yesterday. The real shocker of our holidays, was when the lawyer called us. He informed us we had missed a couple rent payments.He also told me the astronomical amount we owed! My husband and I decided the best thing for us to do , would be to move. Our rented duplex was starting to look like a money pit. We didn’t have any money to fix or repair things either.

On top of this , our self-contained classroom had three students who were acting up and causing chaos off and on during the months of November and December. This past month our kitten was acting really strange as well and became very hyper. My daughter discovered recently that her kitten was in heat. Also our daughter is always going somewhere, I texted her more than I actually talk to her face to face. Needless to say it has been a very crazy and stressful time for my husband and me.

We have to vacate our place by February 2nd, and it has to be totally cleaned out. We even are responsible for all the things that the former landlord left in the house. We also have to clean up all the leaves, sticks, and any trash on our property.

As of today, we don’t have a definite place to live yet. My husband and I feel this is the hardest thing we ever had to go through. It is even harder than our bankruptcy procedures in 2006. I have been searching for places that would be a good fit for our family and on a bus route for my husband. As of yesterday, we only have seen two apartment complexes, one house rental , and one duplex. We have one application submitted for a duplex, we haven’t seen yet, and the landlord has over 16 applications!

Yesterday, I had a thorough checkup at the urgent care. The doctor tested for the flu, and it was negative. Last Thursday and this past Wednesday I was very lightheaded and dizzy. The doctor took my blood sugar, and EKG, everything was fine, and all my blood work was normal too. He gave me more antibiotics and told me to rest when I can.

After I Ieft the doctors, I went to Wawa because I was very hungry. The first thing I did was look at my paperwork from the office. I noticed the doctor’s first name was Noah! Then all of a sudden my phone started playing music. The ironic thing was I had no internet! The song playing was, “I am not alone”, by Kari Jobe. It kept playing no matter what buttons I touched on my phone. Then the next song that played, was “Oceans”, by Hillsong. If you have heard these songs before , you know that they both refer to water. Kari Jobe’s song is very similar to the scripture verse in Isaiah 43:2, “when you pass through the waters, I will be with you”. In the song “Oceans”, it states, Jesus calls us upon the waters, “in oceans deep”. Also in the song, the singer states, “I am yours, and you are mine,”. These words line up so well with Isaiah 43: 1, “I have summoned you by name; you are mine.

Finally, I knew why the doctor’s name was so significant. There is a verse in Isaiah 59 that refers to the enemy coming in like a “flood”. It goes on to further say, that, “the Spirit of the Lord will lift up a standard against him.” In my research, I found out that this scripture verse means, “When the enemy shall come in, like a river , the Spirit of God will make him flee.” Also, the word “standard” in Hebrew is nec which means “something lifted up, standard, signal, signal pole, banner, or sign. God is proclaiming who he is and what he stands for. Noah built the ark, he was isolated from the world which was now being drowned in the great flood, but God was with him. Also I told my friend the other day, “that stress is like a “waterfall”, it keeps piling up and pouring over you!”

I had just heard this same scripture verse from a sermon on television, by Steven Furtick, entitled, “Get Back in Gate”. It was a very bold sermon that spoke about getting unstuck, moving forward, taking our rightful position , in-spite of our mistakes, and our shame, even if its uncomfortable and unfamiliar.

The last thing I did before I got out of my car was I looked up. Across the street, I saw these letters, STRIVE. Those moments I was in the car were amazing. My Father God, was telling me he is with me through all the uncertainty and frustration in our lives now. He wanted me to be strong and courageous like he told Joshua.

In retrospect, I realized the two times I became dizzy, I had either recited my woes about being told to vacate our house, or I had been stressed about all the things that needed to be done. I now resolved, not to discuss anything negative or cumbersome. Talking about it only raised my blood pressure. I’m also not going to let other people’s moods affect mine. I also have decided to not get upset or raise my voice any more. I will relax more, worry less and give it over to God.

I shared this to give each of you hope and encouragement. I want you to be opened to any way that God may reveal to you that he is with you. Our Heavenly Father works in mysterious ways. He loves us and his for us. He doesn’t want us to be stressed and unhappy about our circumstances, nor to fear our future.

Women of the Bible That Impacted the World